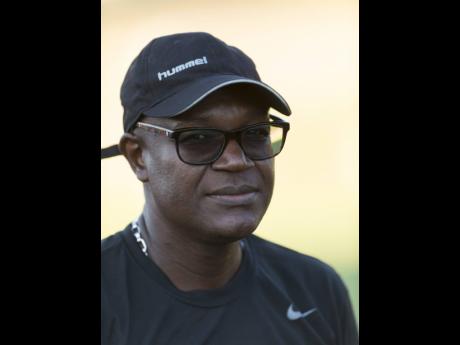 St Catherine High School head coach Anthony Patrick says that it would mean the world to the faculty and students if they were to win a first-ever schoolboy title. They will face Excelsior High School today in the ISSA Walker Cup final at 2:30 p.m. at the National Stadium.

Patrick has tasted victory before in this competition when he won with Bridgeport High in 2001, but says it would be the perfect send-off to the senior players who will be playing the final games of their schoolboy careers.

“It’s a very good moment for them, especially the ones who are leaving,” Patrick told The Gleaner. “This is the last opportunity they will get to play in a schoolboy final. It’s a big moment and they have to relish that moment and make it be fruitful.”

He says that the team has nothing to fear as they will be backed by the support of their school community and it is now up to them to complete their unprecedented run with the trophy.

“The support will be there, so there is nothing to worry about,” he said. “It’s just for them to take the pitch and leave everything on the pitch. It is history just to be in the final, but to make it nicer, they just have to top it off by winning the title.

“Just seeing them going through their paces and so forth, they are upbeat and raring to go.”

Among the players in their final season are captain Ian Cuppe, Kamau Davis, and Javaughn Cole, on whom their hopes will be based. St Catherine dispatched Holy Trinity and Charlie Smith in the first round and quarter-finals and caused an upset, defeating St George’s College on penalties in the semi-final after both teams drew 1-1 in regulation time.

The Leebert Halliman-coached Excelsior are in search for their eighth Walker Cup title. Excelsior did not progress to the semi-finals of the Manning Cup season after only mustering a draw in their final quarter-final group game, but focused their energies on the knockout competition. They faced Jonathan Grant for the third time this season in the quarter-finals, defeating them on penalties 4-2 and outscored Camperdown 4-3 in a thrilling semi-final at Stadium East. Despite reports that there is unsettlement in the camp, Halliman says that his team will do their best to win. Among the key players for Excelsior are Jaheim Flemmings and Daniel Clarke, who has come off the bench to score key goals for the team this season.