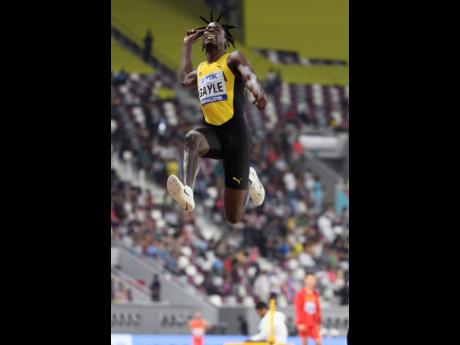 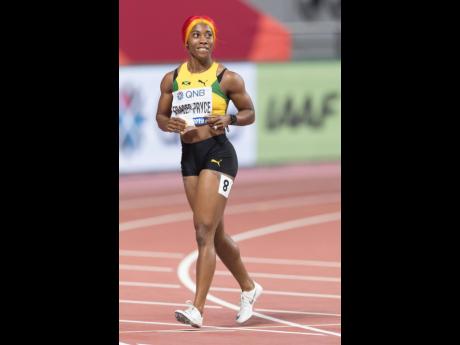 The ceremony, which takes place on January 17, 2020, will honour the top male and female athletes for their performances for the calendar year. Fennell said that the committee had to ensure that the process for selecting the candidates was reasonable.

“It’s quite challenging,” he said. “You have to ensure that there is equity and people have met the standards. When you are celebrating the athletes, you want to ensure that you are absolutely fair.”

Multiple World and Olympic Champion Shelly-Ann Fraser-Pryce leads a stacked nine-woman field for Sportswoman of the Year after a stellar return to the track two years after the birth of her son Zyon. She took home her fourth 100m world title at the World Athletics Championships in Doha, Qatar, in a world-leading time of 10.71 seconds. She is a strong candidate to win the honour for the fourth time and her performance is also nominated for the People’s Choice Performance of the Year.

Three-time National Sportswoman of the Year Alia Atkinson is also among the nominees after a great season on the circuit which includes wins at the FINA World Cup which guaranteed her a place in the 2020 Olympics. Triple jumper Shanieka Ricketts and shot putter Danniel Thomas-Dodd have been included after their silver medal winning performances in Doha as well as Rushell Clayton who took bronze in the 400m hurdles. Elaine Thompson-Herah, Shericka Jackson, Natoya Goule, and Danielle Williams round out the field.

In the men’s category, long jumper Tajay Gayle headlines the five-man field for Sportsman of the Year and could be also on course to double with the Performance of the Year for his unprecedented win at the Doha World Championships. Although he was the last to qualify for the final, he smashed the national record with a distance of 8.69m to capture Jamaica’s first-ever gold in the event and the longest jump in the world for 10 years. Discus thrower Fedrick Dacres, the reigning Sportsman of the Year, had a great season setting a national record with a distance of 70.78m on June 16 in Morocco and followed that with Pan American Games gold, and silver at the World Championships. Teammate Traves Smikle has also been nominated after his silver medal performance at the PanAm Games in Lima, Peru. Diver Yona Knight-Wisdom caps off a remarkable year with a nomination. He became the first Jamaican diver to earn a medal at the PanAm Games, a silver medal in the 1m springboard. Christopher Binnie completes the field after winning his ninth straight Caribbean Area Squash Association (CASA) title.

The Performance of the Year finalists list is dominated by athletics and football, and includes Jamaica’s historic first goal at the FIFA Women’s World Cup by Havana Solaun, Fraser-Pryce’s 10.71 seconds win in the women’s 100m final at Doha, and Gayle’s record breaking jump.

Sportsman of the Year Nominees:

Sportswoman of the Year Nominees

Performance of the Year nominees

- Tajay Gayle: Long jump gold medal performance at the World Championships with the longest jump in the world for 10 years.