‘I am training independently’ — Thompson Herah 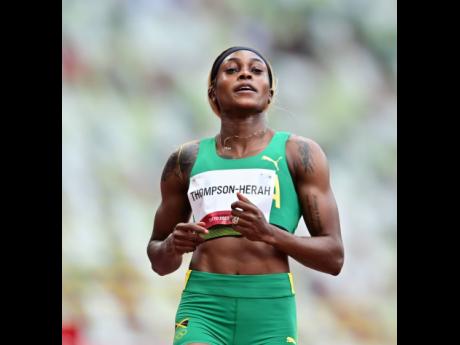 In a departure from her earlier statements, Jamaican sprinting star Elaine Thompson-Herah has confirmed her split with the MVP Track Club, confirming reports first carried on NNN, that she had parted ways with long-time coach Stephen Francis.

Thompson Herah, in a media release, stated that she has commenced her preseason training independently and will continue to train on her own while she finalises all aspects of her set-up for the upcoming season.

“In light of an abundance of requests from my fans and concerned Jamaicans, I want to assure everyone that I have begun my training independently and will continue to do so while I finalise all aspects of my team for the upcoming season,” Thompson Herah said.

“I want to thank everyone for their support and express appreciation to those who have reached out in concern. I remain committed to representing my country and to lead with courage and grace as I am aware that I inspire young women across the world who have dreams and who dare to see those dreams come to pass.”

On September 23, The RJRGLEANER Group reported that Thompson Herah had written to the MVP Track Club hierarchy, signalling her intention to sever ties with the club. It was also reported that Thompson Herah’s husband, Derron Herah, a coach with the Cameron Blazers set-up and the St Jago High School boys’ team, was expected to take over coaching duties for the two-time double Olympic sprint champion.

Thompson Herah later denied the reports, while appearing as a guest of NBC’s Brother from Another discussion programme.

“I am the fastest woman alive so they are going to create some sort of news to distract the world, so it’s rumours of course,” Thompson Herah said at the time. “It’s probably because I didn’t show up at practice. I am still on my rest period, so maybe they are just speculating why I am not at practice, but I just came back from the international circuit and we normally get like a month’s rest and I am in my second week.”

Only the late American, Florence Griffith Joyner’s times of 10.49 and 21.34 seconds are better.

Her training camp is expected to remain in Kingston and St Andrew.

Thompson Herah will be looking to win her first individual gold medal at the World Athletics Championships in Eugene, Oregon, next year.