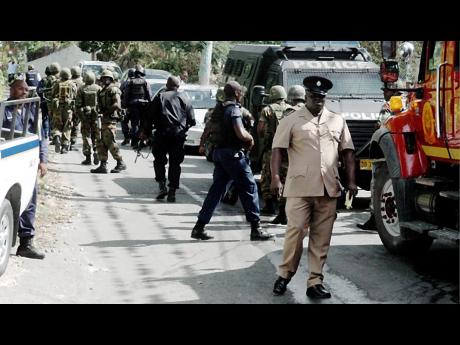 Well-known family counsellor Dr Beverly Scott, thinks the way to prevent the ongoing murderous carnage plaguing western Jamaica from spreading to the next generation is to take immediate steps to fix the behavioural disorders now affecting the region's children.

According to the respected Montego Bay-based behaviour therapist, children who display antisocial tendencies should be assessed for personality disorders, which, if left unchecked, could result in them exhibiting criminal behaviour as adults.

"They (the killers) are products of what we call conduct disorder, which was not resolved in childhood," said Scott, in speaking to the so-called dog-hearted mentality being displayed by the cold-blooded murderers who are wreaking havoc in the region.

Scott believes that once the required intervention takes place, it is unlikely that the affected children will grow up to be adults who displays the kind of psychopathic behaviour which has allowed gangsters to engage in multiple killings without remorse.

"When the disorder is addressed ... then you will no longer have a person who will look at somebody and rob and shoot them, who will con people or be a serial rapist or serial killer, and who commit robberies," said Scott.

One of the most alarming features of the killers in western Jamaica is their willingness to point their guns, mostly assault rifles, into crowded locations and open fire indiscriminately, which is primarily responsible for the nearly 200 murders in the region since the start of the year.

In pointing out some of the early signs of behavioural disorder that parents and teachers should look out for in children, Scott highlighted a range of issues which are quite common in schools and homes.

"The criteria for conduct disorder include destruction of property, stealing other children's money, telling lies to get out of trouble, trying to sexually assault other children, staying out late at night, going into people's houses, using weapons while confronting victims, and truancy," said Scott.

"You only need three of these, and you need just one criterion lasting at least six months ... . If the child has any history of those, the child needs help."

"Once you find that the children in the schools are manifesting three of the criteria for conduct disorder, you need to refer them for behaviour modification therapy," added Scott. "What you do is change their mindset, and let them change their behaviour ... they have to decide to change, and you have to show them why they would have to change."

According to Scott, if left untreated, the behavioural disorders could evolve in frightening consequences when these children become adults, as the situation will be much harder to treat then.

"It is very difficult for you to deal with adults with antisocial personality disorder because they are angry. They will hurt you while smiling, and they will not seek any help," Scott explained. "What they do is to blame their victims. They rationalise what they do, and they are not remorseful. The only time they will say anything close to 'sorry' is if they are caught and want to be treated leniently."