Says daughter inspires her to go harder in music, life 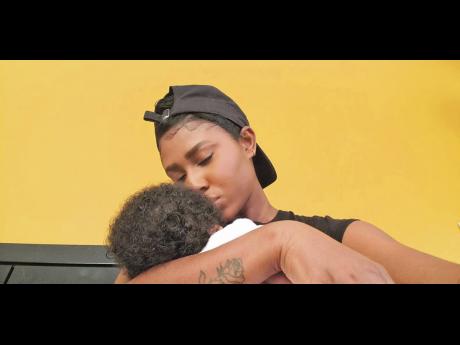 Contributed
Having recently given birth to a baby girl, Bella Blair said being a mother has superseded all other roles. 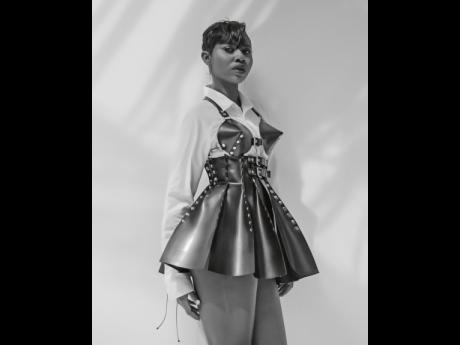 Contributed
Blair is now even more focused on her musical pursuits. I am ‘putting out my best foot and my best efforts in my life, my music, my career path’, she said. 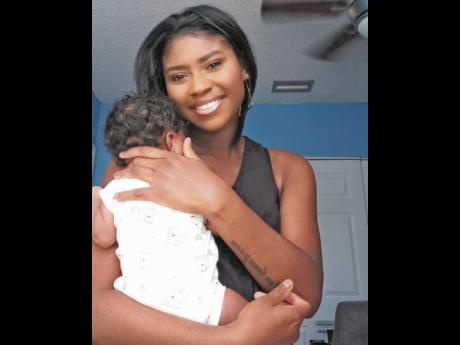 Contributed
With today being her first Mother’s Day, the entertainer said she is not fussy about being wined or dined. 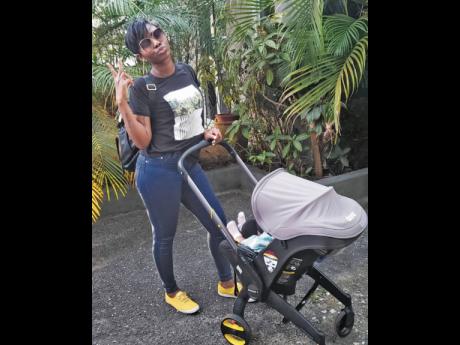 Contributed
Blair, who is gearing up to release a brand-new EP, said she knows she will have to now find ways to juggle motherhood and music, but says she is ready for the task at hand.
1
2
3
4

As an actress and comedienne, someone who dabbles in dance and recording artiste, Bella Blair epitomises what it means to be multi-talented. On any given day, the media and communications major possesses the innate ability to embody any role she pleases, and with ease. But although she wears many hats and is a true ‘Jane of all trades’, she revealed there is one job she enjoys doing more than others. Having laid down her comedienne hat in 2016 to pursue music full time, many will assume that being an artiste is what leaves Bella Blair most fulfilled. But having recently given birth to a baby girl, Bella Blair admits that today, being a mother has superseded all other roles.

The songstress told The Sunday Gleaner that she always wanted to be a mother. When the pandemic thwarted her plans to tour in 2020, she and her partner decided that the time to become parents was now. “It’s funny because I planned to start touring in 2020, and that went out the window. I think I had a pretty good call on the time it was going to take for everything to return to normal in the entertainment industry and when I would get the opportunity to do that again. I always said mi nuh wah 30 ketch me and mi nuh have me pickney inna me hand. So my partner and I were like ‘Yea, let’s just do it’,” she said, pointing out that conception was planned. “I have always wanted to be a mom. It wasn’t an ‘oops’ moment for us. It was planned because we (her partner and herself) saw what was going on. I said, ‘I’m not going on tour; music is not going to be happening for a while, so let me just knock this out the park.”

Being pregnant in a pandemic proved a little challenging for Blair, who said, despite being mentally ready, she was not ready for all the changes she would experience on her journey to motherhood. “A lot of people underestimate what the pregnancy process entails, and let me just tell you, I was not prepared. You hear ‘bout things and women tell you pregnancy is no joke, but pregnancy is no joke, especially delivery. No joke. I read a lot of books, and let me tell you, all the books that you can read; nothing will prepare you for it other than being in the situation,” she said.

Add a pandemic to the mix, curfews, restrictions and burgeoning belly, Blair calls it “an experience”.”It was a little rough being pregnant in a pandemic because you couldn’t really go anywhere. I didn’t go through anything abnormal, but just being sick all the time was an experience. My frame is very small, and my stomach got really big, so I couldn’t handle my belly after a while. It wasn’t that bad, but certain things were just rough,” she said.

Then came delivery. Having had a natural birth, Blair said the pain was excruciating. “I had a natural birth. I had to push her out. I saw every blinky, all di disciples dem, everybody. It was an experience,” she said. But, despite all the labour pains, Blair told The Sunday Gleaner that holding her daughter for the first time made it all worthwhile. “It almost didn’t feel real. It was almost like, ‘Wait, this really just happened?’ ‘She was inside me, and now she’s out.’ It was very emotional and very overwhelming, but in a good way. It all happened so quickly, but holding her in my arms for the first time, it was just pure bliss; so much joy, so much happiness.”

In that moment, Blair said she felt something activate inside her, and she has been in full ‘mom mode’ since. “You now realise that you have a whole new human, a whole new person to take care of, and so automatically you know you have to go harder. I realised that whatever I do, it’s all for her now. I am not living for myself any more, and my baby girl deserves the world, the best, and that’s what I am going to give to her,” she said.

She’s now even more focused on her musical pursuits, and “putting out my best foot and my best efforts in my life, my music, my career path”. Blair, who is gearing up to release a brand-new EP, said she knows she will have to now find ways to juggle motherhood and music, but says she is ready for the task at hand. “I don’t really know the extremities of how rough it can be (juggling music and motherhood) yet because we are still in the pandemic, and I am not in full work mode as yet. But I am getting into the vibe because I have to go to the studio, and I carry her with me. When I have to go to photo shoots, she stays with her daddy sometimes, and that makes things a lot easier. When your partner is around and active in your life, it makes all the difference, and so I get a lot of help. And if I need more help, my family will be there for sure,” she said.

Having chosen the path of motherhood, Blair said, “ it’s never going to be a challenge or a burden. I am learning, experiencing new things, but I embrace it all, every challenge and every obstacle that will come”.

With today being her first Mother’s Day, the entertainer said she is not fussy about being wined or dined. “A Happy Mother’s Day will suffice,” she said. But having come into the circle of motherhood, she said this year, her respect for mothers and all they do has increased tenfold. “I have a greater appreciation now for all mothers. It’s not easy bringing life into the Earth, and that’s only the beginning because now you have to raise and make sure that your child is well taken care of. A lot of people will have things to say about how you parent your child, but nobody knows how to do it better than you. You know what’s best for your child. It’s almost an innate thing when you become a mother,” she said, offering words of encouragement to mothers on their special day.