Six out of every 1,000 Jamaican children in tertiary care - Reid

Ruel Reid speaks in State of the Nation debate 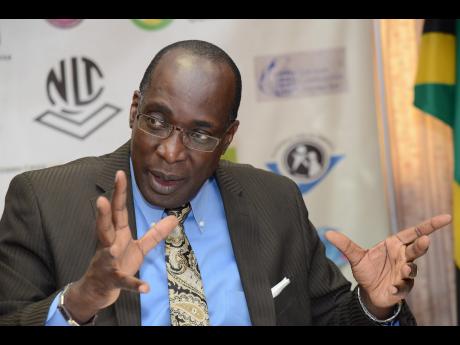 Education Minister Senator Ruel Reid yesterday made his contribution to the State of the Nation debate in the Upper House with a presentation, which though heavily skewed to the education side of his portfolio, nonetheless included a brief mention of matters on the information side.

His wide-ranging presentation of just over 40 minutes outlined achievements of the Ministry of Education since March 2016 up to August 2017. The minister disclosed to the Senate that six out of every 1,000 Jamaican children are in the tertiary child-protection system as the State finds itself intervening in the development of the nation's young that are in need of care and protection.

Reid disclosed that 4,621 children were in the tertiary child-protection system as at September 2016.

It is likely that the number has increased a year later.

Forty-three per cent, or 1,998, were living in residential care supported by 47 children's homes and nine places of safety, which are operated by the Child Development Agency.

Reid said that a strategic review is being done by the ministry with a view to reducing the disparities in financial support between the Government and private homes to guarantee that the children get the best possible service.

Speaking to other portfolio issues, he said that expenditure of $554.3 million under the schools maintenance programme to repair 172 schools had been made and that a significant number of repairs were done prior to the start of the 2016-2017 academic year.

At the same time, 34 schools have been removed from the shift system, and of the remaining 42, thirteen will be removed in the current academic year, while the others will be phased out over the years, Reid said.