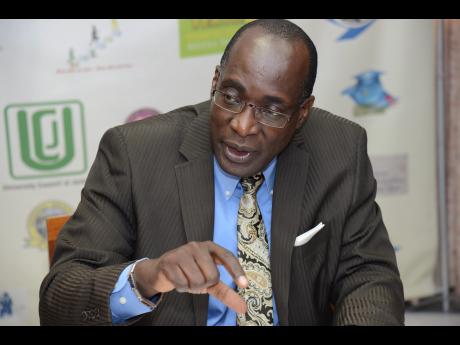 The Court Management Services has challenged a claim from the police that the instructions to arrest the mother of a seven-year old boy who was allegedly assaulted by older boys last week in Trelawny came from a nearby court.

The Court Management Services said that there was no such order from the presiding judge or the court in relation to the matter.

On Wednesday, Divisional Commander for Trelawny Dwight Powell told The Gleaner that the order came from the nearby court because the mother was irate and her behaviour caused a disturbance at the court.

It was then, the divisional commander said, that the mother was arrested and charged for disorderly conduct.

The boy was assaulted at the Clark's Town Primary School in Trelawny.

Education Minister Ruel Reid is promising that a thorough probe will be carried out. Reid said that as a parent, he was disturbed by the reports and empathised with the mother and the victim.

He said that the ministry, through its regional director and education officers, is to continuously monitor and report to him on the situation as the investigation unfolds.

The education minister said that based on preliminary reports, the matter could have been more efficiently handled as it relates to the care and protection of the children involved in the incident.

The education ministry, in a release yesterday, said that it was agreed that immediate training of the school board was to be organised to adequately empower the board with the skill sets, knowledge, and guidelines that govern childcare and protection and critical incidents, in general.

Also, the principal, according to the release, is to recruit a suitably qualified applicant for the position of school security officer under the ministry's Apprenticeship Programme.

Additionally, a social worker is to visit the school community in order to conduct a social enquiry report on the parties involved.

The ministry said that it was awaiting the official findings and recommendations from both the Office of the Children's Advocate and the Child Development Agency.