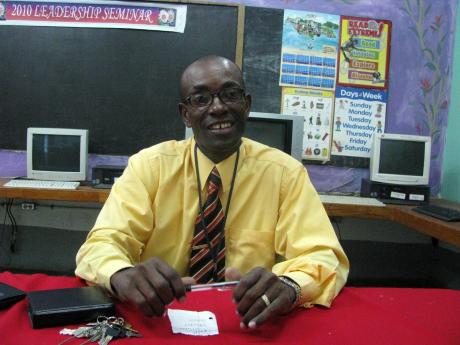 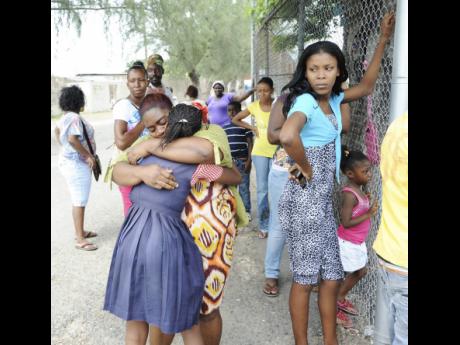 Ian Allen
File In this file photo a student of Rousseau Primary School gets a hug from her mother after the results of the Grade Six Achievement Test were announced. By 2019 it will be the Primary Exit Profile that will determine how children are placed in secondary schools. 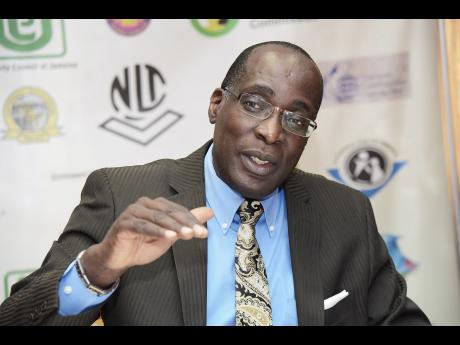 The Education ministry is convinced that it is well on its way to introducing the Primary Exit Profile (PEP), to replace the Grade Six Achievement Test (GSAT) in 2019, but some principals remain unconvinced.

According to the principals, several schools are nowhere ready for the GSAT replacement, and there are several resource constraints and logistics issues that need to be addressed urgently.

Owen Speid, principal of Rousseau Primary School in St Andrew, is among those concerned.

He argues that his institution is plagued by a serious lack of resources.

"We are doing our best as usual, trying to impart the curriculum to the children. The fact is, though, that we have challenges with resources. Many of our teachers can ill afford to purchase a laptop and go through the servicing to get the software, based on the meagre salaries they are getting. So there will be challenges on the human resource side.

"They (the education ministry) want us to include Spanish and they don't give us a Spanish teacher. They are requiring the normal class teacher to teach, so you are going to have learners teaching learners," said Speid.

"The school-based assessment part of the PEP that is being introduced is going to create more problems than the Lord allows. First and foremost, it's not going to be a standard thing because every school is going to do a different kind of assessment.

"A part of the scores that will go towards the final grade will be coming from grade four. At my school, I might decide to give them this project, another school might give another project; there's no standard. So you have a national standard curriculum, but there's no standard in the assessment," added Speid.

He charged that there could be problems, too, with those children who cannot do the projects, so the parents will have to do them or the teachers will have to step in, "and those are real issues".

She said her issues are compounded by the fact that it's a multigrade school.

Education Minister Ruel Reid is confident that the switch from Grade Six Achievement Test (GSAT) to the Primary Exit Profile (PEP) will be smooth despite the concerns of some principals.

"The concerns are noted, but just to advise that by virtue of the research we have done on the system, there are adjustments being made to the modality," said Reid.

"In terms of the assessment, we will be using for the performance task, it is in fact going to be standardised. We will be printing the actual instrument and distributing them to schools.

"Grades four, five and six performance tasks are going to be done one time for the year, so I cannot imagine that there will be any additional burden," added Reid.

According to Reid, the Student Assessment Unit in his ministry has completed its processes to prepare the system for the transition.

READ: All set for PEP

Primary schools get PEP-up - Education ministry spending big to ensure all is in place for GSAT replacement
PEP stress! - Students, teachers still wary of exam to replace GSAT
All set for PEP - Reid