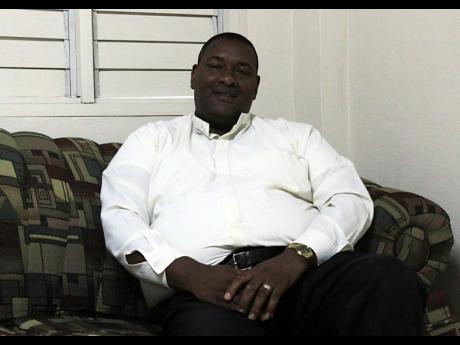 The Reverend Anthony Armstrong is a jovial and enthusiastic minister who has been preaching at the United Pentecostal Church in Annotto Bay, St Mary, for the last 10 years.

Annotto Bay is a scenic but underdeveloped seaside township with a reputation as one of the parish's leading crime hotspots. Armstrong, however, insists that the notoriety the area has attracted in recent years is undeserved.

He told Family and Religion: "Some people have a perception of Annotto Bay as a bad community, but it's just a general Jamaican community with challenges similar to those other communities face, which are economic to a very large extent.

"Also, there are no real outlets for young people, and illiteracy is another problem. Since we arrived here, my wife, who is an educator, and I have been emphasising the need for educational and personal development.

"As it relates to the religious aspect, Annotto Bay has its fair share of denominations, but there is not a lot of segregation among the Christians. If there is a need for us to unite against an entity, it's going to happen. For example, when there are incidents of violence and crime, the churches come together to help the people."

In addition to coordinating outreach projects for the local community, Armstrong also works alongside the local police, helping to counsel victims of crime, bereaved families, and potential suicide cases.

He said: "I work extensively with the Jamaica Constabulary Force (JCF). Wherever incidents of murder and violence erupt, I reach out to the families that have been affected and help to stabilise them emotionally, psychologically, and spiritually.

"Sometimes, it can be stressful and difficult, but I have been trained through the chaplaincy service and JCF, and it's part of what I do in serving humanity. My motto in life is: 'I'm the people's servant, and service is what I do'.

"Wherever I get to serve a human being, even if it's just to hold their hand across a pathway, I'll do it. That's me, and I intend to serve people for the rest of my life. It's gratifying to see somebody being relieved of their burdens. If I can, I will happily do that."

Looking forward, Armstrong believes that eventually, Annotto Bay will evolve, but he acknowledges that for this to happen, additional support and finances are required.

He said: "Resources are scarce everywhere, but we can't go around accepting that situation. I really wish we could change our young people's perception and outlook on life in a positive way.

"The older generation are already bent in our ways, but young minds are the future of tomorrow. I'd like to see an entity that can really educate our young people and create a paradigm shift in their minds so they will be steered in the right direction."