NO LET UP! - Catholics must continue the fight against abortion and birth control - Di Camillo 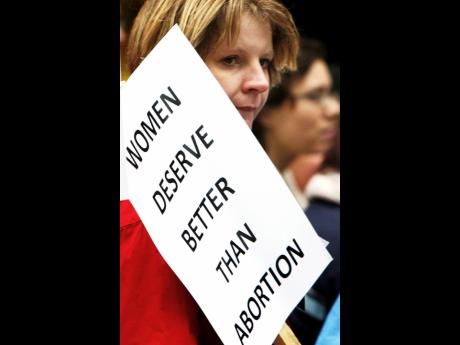 AP
A protester marches during an anti-abortion demonstration in central London. 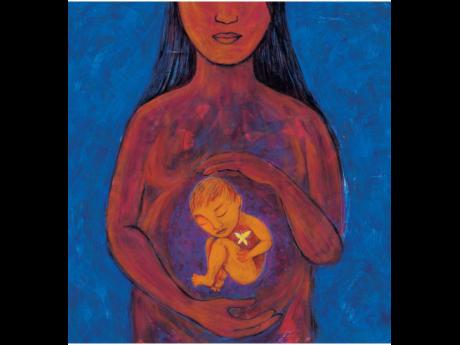 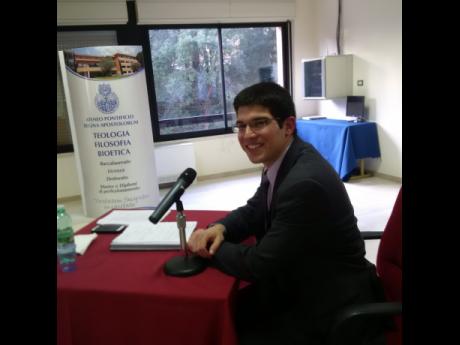 "In reality, respect for human life is called for from the time that the process of generation begins. From the time that the ovum is fertilised, a life is begun which is neither that of the father nor of the mother, it is rather the life of a new human being with its own growth. It would never be made human if it were not human already." (Taken from Congregation to the Doctrine of the Faith on Procured Abortion).

Dr John Di Camillo was incisive and articulate as he defended his doctoral dissertation at Ateneo Ponticifio Regina Apostolorum in Rome.

As he addressed challenges facing Catholic health care in the United States he impressed as a thinker and rationalist.

Di Camillo wore his faith on his sleeves but was neither didactic nor dogmatic. Back in the US he spoke about the pervasiveness of progressivism and liberal thought, and how these movements have redefined personhood and human dignity.

As the Church struggles through an existential crisis, the priesthood is no longer an attractive vocation for young men. Given these circumstances, Di Camillo's energetic brilliance in defence of his faith is even more laudable.

Ironically, his reclamation of faith occurred while pursuing studies in the medical sciences.

"We are far more complex," he added. His ontological enquiries moved him closer to philosophy and moral theology - to his Catholic roots. Today, he is one of the most important bioethicists in the US.

He described bioethics as "a study of human behaviour (and) how we should behave in matters pertaining to life, in particular".

De Camillo made mention of its interdisciplinary nature, that bioethical concerns are essential to medical research and environment issues. He also expressed his views on two highly charged issues: abortion and birth control.

Over the years, the Catholic Church's unapologetic stance has been criticised by a growing chorus of individuals and liberal organisations.

Although Di Camillo is understandably unyielding, his argument added an overlooked element to this ongoing narrative.

"While abortion or the deliberate killing of a foetus is wrong - a moral absolute, the term may have different meanings or qualifiers. Spontaneous abortion or a miscarriage, medical procedures to induce labour due to health concerns of the mother and child are common but do not constitute direct abortion or deliberate killing," clarified Di Camillo.

Here, Di Camillo used natural law as a point of reference - a measurement for right and wrong.

Natural moral law, he said, can be accessed by reason, observation, and reflection.

He referred to philosophers, in particular Aristotle. "The magisterium of the Church as revealed by Thomas Aquinas, St Augustine, and others, completed or fulfilled the 'First Cause' and moral picture of the earlier thinkers. The Church fathers presented a God that is love, a God that is engaged."

He also noted that any articulation by the Church on moral theology is rooted in deliberate research, study, reflection, and prayer.

"All human beings have equal moral status, and while we cannot establish the point of personhood or ensoulment, we know scientifically, biologically that at the point of conception, there is a life with 46 chromosomes - a zygote, life. This is the logical, rational point of reference."

Di Camillo continued: "We cannot proportion rights to human beings based on their capacity. We cannot say that this person does not have a fully developed nervous system so does not have the same rights as others. We can go down a slippery slope if we hold this view. The embryo must be treated with dignity."

He further added that myriad studies have proved the psychological harm of abortion. "While the severity differs in women, there is no getting around the harm it causes. And even if there were studies to the contrary, it does not change the moral factor concerning abortion. And there are other fall outs, for example, physiological, and relationship problems."

On the related subject of birth control, he invoked the dignity and the will of the human being.

"Contraception amounts to degradation of the human being, love, marriage, and children. It's really a sad way of looking at human relations. It prevents the manifestation of total, unconditional self-giving."

He appealed to reason: "Are we saying that we cannot be virtuous, that we are slaves to our emotional impulses. It insinuates that we are so base, that we can only blindly follow our instincts. The irony is that contraceptives are handed out and are not even used effectively. This approach leaves communication, planning, and maturity off the table."

Di Camillo called for natural methods of family planning, and while he concurred that this is not easy, he offered that, "it stimulates growth and mastery, and adds a wholesome dimension to relationships".

He slammed both Planned Parenthood as "clearly having a birth control agenda," and the Affordable Health Care Act that requires employers to cover 20 types of approved drugs and services as part of their health plan.

At the time of this writing, the US Supreme Court was set to rule on a suit filed by the Little Sisters of the Poor, a Catholic charity that cares for the elderly.

The engaging bioethicist has called for a religious revolution, a re-evangelisation, a reawakening among Catholics, as the most effective response to moral relativism and laws that violate their moral conscience.

He was steadfast that Catholics must boldly carry their cross and resist measures that violate their fundamental beliefs. Only then, he argued, can they win in the court of public opinion, and, more important, at a constitutional level.

"It starts with education. There is poor catechism among Catholics," argued Di Camillo.

"We have to be aware of what's going on in the courts and lend our support to those who are defending the faith. We must have witnesses. We need Catholics who are unafraid to publicise their grievances, to stand their ground, even risking persecution if necessary."

n Dr Glenville Ashby is the author of 'Anam Cara: Your Soul Friend' and 'Bridge to Enlightenment and Creativity'. Now available as an audio book. Feedback: glenvilleashby@gmail.com or follow him on Twitter@glenvilleashbyy

On Palm Sunday, pope urges youth to raise their voices