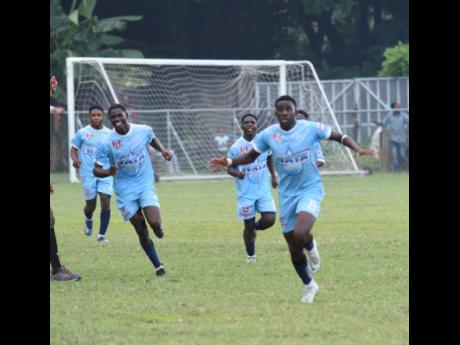 Coach of Edwin Allen High, Tafari Burton, admitted defending the title would be a difficult task but is impressed by the way his players are rising to the occasion each game and believes today will be no different.

“For sure we are confident. We lost a lot of players so most of those who are playing now are new to the competition, so to see where they are is good. They are showing that they can surpass expectations every time they step on the field,” Burton said.

“The opponent is a traditional-name school but I think if we prepared mentally we should be up to the task,” he added.

The defending champions are going into the game high on confidence after booting last season’s daCosta Cup winners, Garvey Maceo High School, from the competition with a 2-0 win last week.

Despite not being the flamboyant Rusea’s of years gone by, coach Dwayne Ambusley said they have the same winning mentality and are aiming to salvage something from their season.

“A semifinal game will never be easy. Edwin Allen are the defending champions and have been doing well as a team. However, I can’t say they are the favourites because no team should be the favourite against Rusea’s. We are looking to go out and give a good account of ourselves,” Ambusley said.

The Russians held their nerve in a one-sided 3-1 penalty shootout win over William Knibb after a 0-0 draw in their quarterfinal last week. It is the first time Rusea’s has progressed past the second round of daCosta Cup since their title-winning season of 2017. Winning the Ben Francis Cup is an opportunity to return some respectability to the four-time champions and 11-time daCosta Cup winners.

The game is part of a semifinal doubleheader at STETHS.