No squatting problem for Adventists and newer churches 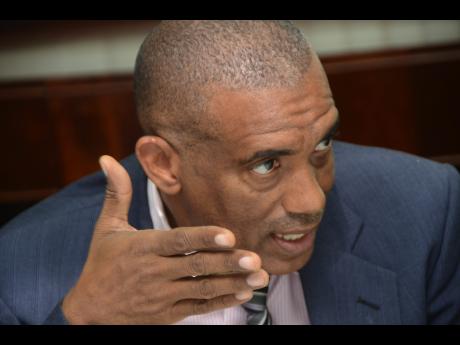 The Seventh-day Adventist and the newer religious denominations in Jamaica have seemingly escaped the scourge of squatting, which has thousands of acres owned by the established churches occupied by squatters.

The Reverend Garnett Roper, who for years served as pastor of the Portmore Missionary Church, which is part of the Evangelicals, said squatting was not a problem for them.

"No. I don't know that we do, plus I think we are a little bit more judicious. Those historic denominations with more than 100 years history have more of a problem than the newer denominations," said Roper.

"The people who give us the lands, it tends to be much smaller parcels, their families are of more modest means and did not have the large acres to bequeath. So it's not a problem for the newer churches, but certainly it would be a story among the Anglicans, especially," added Roper.

The Apostolic Church has also benefited from small land donation, even as some branches are in search for land on which to construct new sanctuaries.

Breakaways from Faith Chapel on Renfield Avenue in St Andrew and Pentecostal Tabernacle on Wildman Street in Kingston are now seeking lands to construct new churches, while at least two churches are among those squatting on lands in Little Bay, Westmoreland.

Nigel Coke, spokesperson for the Seventh-day Adventists in Jamaica, told The Sunday Gleaner that the church was not aware of any of its properties being captured by squatters.

Scary for squatters! - Residents of Lyndhurst Road property fighting eviction from the only place they ever called home
Phillips vows to help persons facing eviction from Lyndhurst Road properties
Manchester spared squatting plague
Squatting on 'sacred land' - Thousands of acres of church-owned property captured
Party time in Portmore Lane - Residents relieved as the Government aims to move them from being squatters