Scary for squatters! - Residents of Lyndhurst Road property fighting eviction from the only place they ever called home 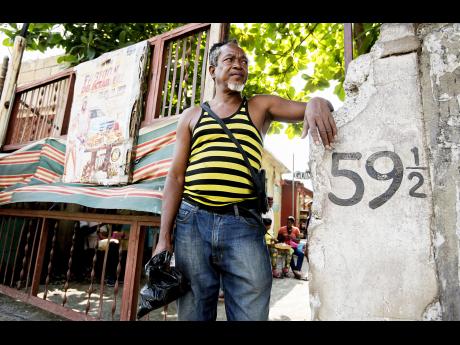 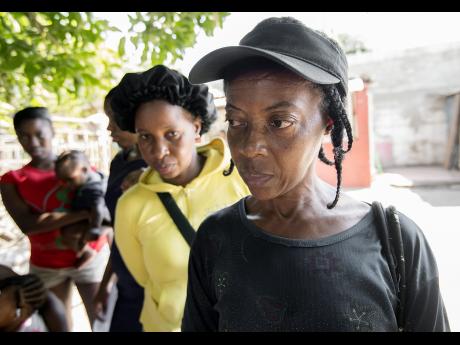 More than 100 persons from 20 families with an estimated 80 children have been served with notices to leave a property on Lyndhurst Road in East Central St Andrew, which some of them have occupied for nearly 50 years, and they are not happy.

"You know how long we live in here? Nobody in here vote JLP (Jamaica Labour Party). So when people name going on the voters' list, they don't know is squat we squatting. Dem want we vote though?" said one angry resident last week as he reacted to the latest effort to evict them.

"I can't believe that the PNP was in power so long and we had a senior Cabinet member, Dr Peter Phillips, as our MP (member of parliament), and all that was needed was that the Housing Act was used to regularise our living here," added the resident who asked not to be named.

Paul Mullings, director of Auto Rock Imports Limited, is listed as the registered owner of the property located at 591/2 Lyndhurst Road. He served notices to quit on 27 occupants of the property on June 8, 2016 but to date, the residents are still there.

Last month, Mullings returned to the Supreme Court in a fresh attempt to evict the residents.

In court documents, which list 27 defendants, Mullings said they have neglected and/or refused to abide by the terms of the notices to quit and "continue their unlawful use and occupation" of his premises despite his remonstrance with them to leave.

Mullings is seeking the recovery of the property, special and general damages, costs, and attorney's costs.

But the angry residents told The Sunday Gleaner that they vividly recall the raid on the property by the police early one morning in 2016, shortly before the initial notices to quit were served.

They alleged that the police rounded up the men, handcuffed, and placed them in a lorry parked on Lyndhurst Road. According to the residents, the police kicked in the doors of houses, damaged furniture and emptied the drawers in their effort to get the names of persons who lived on the property.

Vincent Clarke is the longest-living resident on the property. Nearly 80 years old, he has fathered six children, all of whom were born there. He told our news team that he has been living on the property for some 48 years.

"My wife, Millicent, used to work for Mr Darby, the only owner I know. It was he who put me on the property as a kind of caretaker. He always told me that if anything ever happened to him, the land must not be sold. He said the people who live on it must stay on it," said Clarke.

According to Clarke, two weeks after Mr Darby died in 1983 a woman, who identified herself as Imogene Williams, turned up, claiming that she was the new owner of the property and they were to leave.

Clarke said heavy-duty demolition machines were met with stones, and it was the then senior cop, Keith 'Trinity' Gardner, who was instrumental in stopping what was an increasingly dangerous confrontation.

Another long-time resident on the property, Michael Reid, pulled a stack of receipts dating back to 1983, which he said showed that he was paying rent to a relative of Williams.

"I didn't want to be caught up in a situation where persons were saying that I was living here free. The lawyers have the others that I was paying to Mr Darby. But, I was always sceptical about this claim, for dead man can't sell land. Land can't change hands two weeks after man dead and him don't even bury," argued Reid.

He said the latest notice to quit which was served to 27 occupants did not include many persons who have been living there for years.

Among those missing from the list is 33-year-old Kemar King, who was born and grew up there, Omar Burgess, 46, Ricardo Miller, and Verona Miller.

Reid said after the eviction notices were served on the residents in 2016 each household was asked to pay $6,500 as part of legal fees to represent their interest in court.

That could provide a possible solution to the issue as lawyers representing the owner of the property says it is valued at $18 million and he is willing to sell it.

"Yes, he is inclined to sell and there have been negotiations to sell. He does not want to be in any quarrel. But the residents don't have the money so this is why we are where we are. So the matter has been moved to the Supreme Court as we are hoping for a quick resolution," said attorney-at-law Ayisha Robb-Cunningham.

That is good news for the residents but there is a major problem.

"Everybody is willing to pay for the lands. We can't afford the costs now, but if the Government and the ministry and the National Housing Trust can sort it out, everybody would be willing to pay their mortgage," said Reid.

He added that all the residents want is a place to lay their heads without the threat of being tossed out on the road.