... Space for small farmers - Enterprise team leader promises to relocate or compensate persons farming on the lands needed to create the development 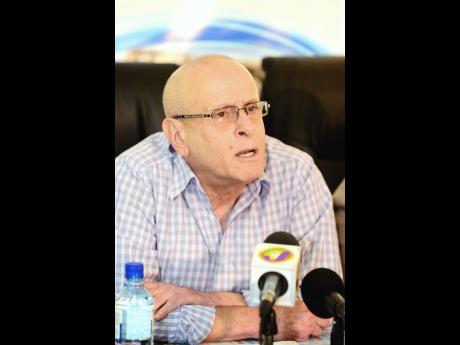 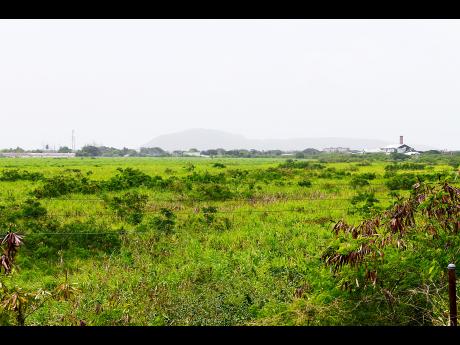 Provisions are to be made for the small farmers and squatters who now occupy space on the 4,677 acres of the Greater Bernard Lodge lands in Portmore, St Catherine, earmarked for the creation of a new town.

This assurance was given by Joseph Shoucair, chairman of the enterprise team which will guide the development, and Daryl Vaz, minister without portfolio in the Ministry of Economic Growth and Job Creation, which is located in the Office of the Prime Minister.

According to Shoucair, who also chairs SCJ Holdings Limited, two of the 129 small farmers who will be adversely impacted by the proposed development have already been compensated by SCJ, while 13 have been relocated.

"The remaining 114 will either be compensated or relocated to the agricultural blocks (inside the development)," Shoucair said while speaking with The Sunday Gleaner during a recent meeting with Vaz.

Shoucair said that the squatters, who number several hundred, will be relocated. "It is not about running anybody off the land as there is more than enough for everybody," he declared.

One concern of South St Catherine Member of Parlia-ment Fitz Jackson, in whose constituency much of the Bernard Lodge lands fall, was that small farmers would be replaced by persons with deep pockets and Jackson remains sceptical, despite the assurances given by Shoucair and Vaz.

"I want that to be formalised in some sort of agreement that can provide a reference," said Jackson.

"Many promises have been made and not kept and I have a responsibility to protect those persons who are vulnerable in those affected areas," added Jackson.

He told The Sunday Gleaner that he wants a transparent process of allocating the lands to any interested parties.

"We do not want the lands to be disposed of in any secret, clandestine way or in any way that denies any Jamaican the opportunity to participate," said Jackson.

Shoucair said that those fears should be allayed when the enterprise team meets with the stakeholders.

According to Shoucair, the enterprise team has written to the Portmore Municipal Council inviting it to send a represen-tative to its meetings so the councillors can be kept abreast of the developments.

But chairman of the council, Leon Thomas, told The Sunday Gleaner that he while he has received an invitation he will not be sending any represent-ative to meet with the enterprise team before it makes a presentation to the council.

"I need my staff to know what is happening before I send a representative, and I also want to know when the consultations will take place with the people of the existing Portmore," said Thomas.

"How can we be talking about a development of this scale, pushing full steam ahead and still haven't yet spoken with the people of Portmore who are the most likely to be impacted?" added Thomas.

The Portmore mayor had previously warned that the council will not rubber-stamp the Bernard Lodge project as it must first be satisfied that it is being done properly and will not negatively impact the existing Portmore.