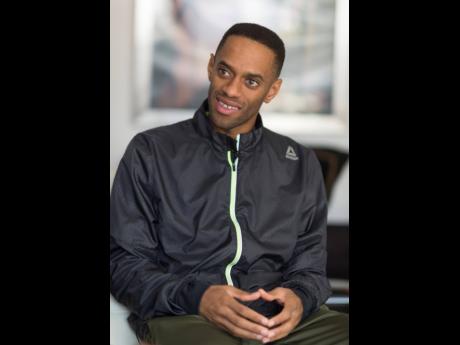 Jamaican distance standout Kemoy Campbell says a return to competitive action would not only mean a lot to him, but would also help him to show that anything is possible with hard work and commitment.

The athlete is also calling on his peers to pay greater attention to their health after his recent near-death experience.

Campbell, the only Jamaican male to feature in the final of a distance event at the World Championships, after his 10th-place effort in the 5,000m at the London 2017 instalment, is continuing his recovery after collapsing while competing in the 3,000m in New York at the Millrose Games on February 9 due to a heart failure.

He has since been fitted with an implantable cardioverter-­defibrillator and will receive the first indication of whether or not he will be able to resume his career, in six months’ time, when he is scheduled to be assessed by his doctors at the New York Presbyterian/Columbia University Hospital.

Campbell said he is hoping to be given the go-ahead and believes that a return to action will not only mean a great deal to him, but will also serve as a source of inspiration for others.

“It would mean a lot to me [if I was able to return]. When I started this, I didn’t really start it for me. I wanted to show the youths that not only sprinters could come out of Jamaica, and if I can prove to them that this is what happened to me – it was life-threatening, I basically died and came back – if I can come back and compete to the best of my ability and do well in the sport, I think that will show them that it can be done and push them to go out and do their best,” Campbell told The Glean er.

Meanwhile, the five-time national champion admitted that he didn’t always pay great attention to his health and is encouraging his peers not to take anything for granted where this is concerned.

“I don’t think [athletes pay enough attention to their health]. Most athletes will tell you that they run or do this many things per day, but at the same time, you are still just a human being,” he said. “This is where I probably messed up, when I was telling myself I should push myself more in training as opposed to going to the doctor. We need to get ourselves checked out like everyone else, and I think most ­athletes neglect this and don’t focus on their health – ­mental health and everything else.”