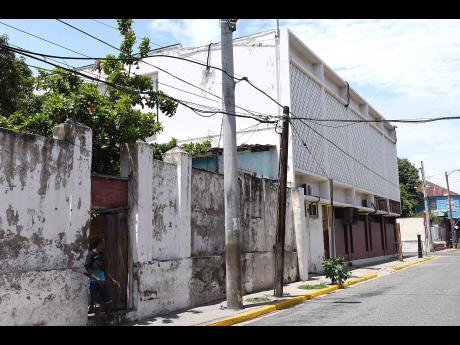 Norman Grindley
The government-owned premises beside Gordon House which is the home to several squatters. 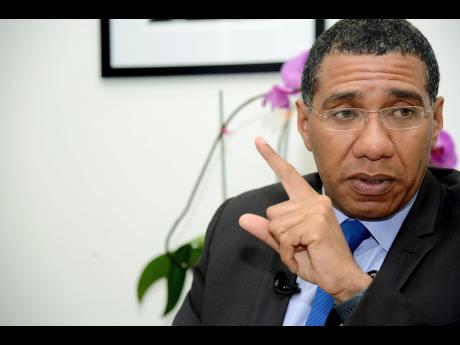 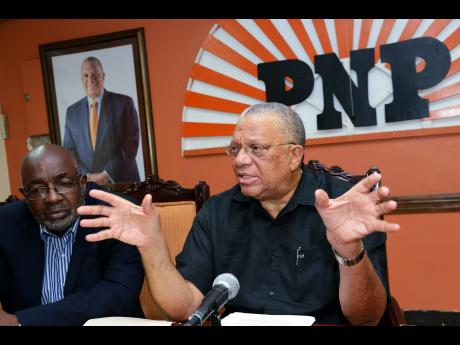 Squatters have taken control of a property under the nose of the island's political leaders, despite their repeated declarations to address this epidemic.

An undetermined number of families are now living on a government-owned property next to the home of the nation's Parliament, rent free.

The property, at 39 Beeston Street, is attached to Gordon House and has been illegally occupied for years in spite of the rattling from members of successive administrations in committee meetings and sittings of the House about the dangers of squatting.

Prime Minister Andrew Holness and Opposition Leader Dr Peter Phillips have voiced their determination to address this epidemic across Jamaica, but last week officials of both parties said they were unaware that squatters were at the doorsteps of Gordon House.

A Sunday Gleaner probe has found that the first issued title for the property was on November 8, 1907.

The land has changed hands several times in the 111 years since the title was first issued, with the last registered owner being the Concordia Lodge in 1973.

In 2008, under the leadership of Bruce Golding, the Government moved to take control of the property under the Land Acquisition Act.

"It is hereby notified that pursuant to the provisions of subsection (1) and Section (3) of the Land Acquisition Act, it appears to the Honourable Orette Bruce Golding, prime minister of Jamaica, that the lands described in the schedule hereto are likely to be needed for a public purpose, namely the expansion of the Houses of Parliament," said a notice published in the Jamaica Gazette.

The notice also listed 39 Beeston Street and 12 other properties which the Government was moving to acquire.

But since then, no move has been made to develop the property, and a number of squatters now call it home. During a recent sitting of the House of Representatives, our news team visited the property and found three buildings behind a makeshift gate. Two of the buildings seemed occupied by multiple family members while the third appeared derelict.

The property also houses a large garbage heap on the Beeston Street side, while the derelict building faces away from Mark Lane.

A section of the property appeared to have been a workshop where small appliances were repaired. Several old fans and other pieces of junk were on the garbage heap.

Last Friday, one resident, who said she had been living there for some 20 years, bristled at being labelled a squatter. She said they were paying rent to the Concordia Lodge until the person who was collecting it died.

According to the resident, after the takeover by the Government, the premises was visited by a number of officials and a meeting was held, but since then they have heard nothing more.

Another resident told The Sunday Gleaner that she had recently moved there, having been encouraged by a previous occupant who moved out more than a year ago.

She said "the owner" of the property was not around and rent was being paid to "a woman".

Cabinet minister with responsibility for Land, Daryl Vaz, told The Sunday Gleaner that he was unaware of the situation surrounding the property, and admitted that if it was taken over by squatters that would not be good.

Dr Morais Guy, who held the housing portfolio in the previous government, admitted that he was also unaware of the situation.

"This is the real solution for dealing with the squatting problem in Jamaica, and you are seeing it unfold right in front of you. Not a promise, not a gimmick, not appealing to any emotions. This is about getting it done, and we will get it done. There is no solving the squatting problem by giving away houses, and I think that is a point that needs to be made in Jamaica in the 21st century."

"None of us can take pride in the fact that nearly centuries after the abolition of slavery, [more than] 700,000 of our fellow Jamaicans have not found a place in the land of their birth to live and raise their families in a healthy, safe and orderly environment. This must change.

"The PNP is committed to:

1. Releasing government lands for titling where communities exist or to replace the squatter communities.